A god who must die 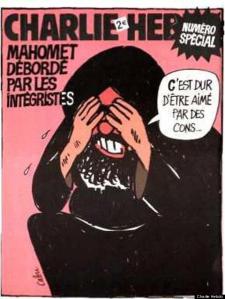 There is a god who needs to be destroyed. These days he most often assumes the name Allah, but he’s also the god behind the Jericho massacre, the Aztecs’ human sacrifices, Salem witch trials, the slaughter of the Huguenots, and doubtless many atrocities of religions I’m less familiar with. Even atheist Sam Harris paid homage to him in The End of Faith when he wrote, “Some propositions are so dangerous that it may even be ethical to kill people for believing them.” He is the god Holy Murder. He’s around wherever people accept the doctrine that the alleged words of a deity are the sole standard of right and wrong, or when they just want an excuse to kill people they can’t control.

Good will and courage are necessary to destroy him: enough good will to categorically reject the idea of killing people for the propositions they believe, and enough courage not to be silenced. It’s a mistake to concede any religion to him; as long as there are people within it who refuse to accept him as their god, they deserve support.

Posted in General. Tags: liberty, religion. Comments Off on A god who must die
« Crowd stops police aggression
Your doctor doesn’t care about you »