Last week I was driving home around 9:30 PM, going southbound on NH Route 125. Suddenly there were blue lights flashing behind me. I pulled over. To my relief, the vehicle behind me kept going. It no longer had the blue lights on. There was no siren. There was no emergency, just some cop having fun scaring people.

It was dark, so I don’t know whether it was Kingston police, state troopers, or even an out-of-town cop. It’s not a big deal, but every little incident like this contributes to people’s distrust of the police. I could have filed complaints with both state and local police, but what good would it have done?

Trump’s claim that thousands of people were bused into New Hampshire and fraudulently voted in the 2016 election is a plain lie. It has no supporting evidence, and Trump has a long record of gross dishonesty. I stood outside the polls in Kingston, NH for hours, watching for any signs of intimidation, and didn’t see any kind of irregularities. I certainly would have noticed a busload of voters arrive. Many people were similarly watchful at other locations in the state.

As I noted in an earlier post, Kingston’s town clerk suppressed vote totals on the website. However, the votes were reported correctly to the state, as far as I can tell. What she did was biased and improper, but it didn’t affect the official totals.

Some people think Trump is delusional and believes his claim. I think he has set out to discredit the election process. New Hampshire is disproportionately important in presidential elections, so it’s easy to see why he’s smearing my state’s voting system. 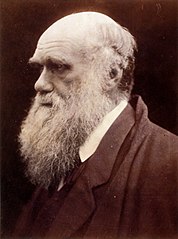 A while back, I saw a claim that Betsy DeVos is a creationist. Having no idea whether this was true or false, I did a search, which led me to an article on propublica.org:
END_OF_DOCUMENT_TOKEN_TO_BE_REPLACED

How to defeat “alternative facts”

We’ve seen strong signs of a successful liberal coalition in the past couple of weeks, with multiple and varied protests against Trump’s Muslim ban. Efforts like this have to be narrowly focused, in order to bring in the largest number of supporters. It worked very well this time.

(Note: If you aren’t a regular follower of this blog, please read this post to understand how I’m using the word “liberal.” I’m using it in its original sense, from before it became associated with massive government power.)
END_OF_DOCUMENT_TOKEN_TO_BE_REPLACED